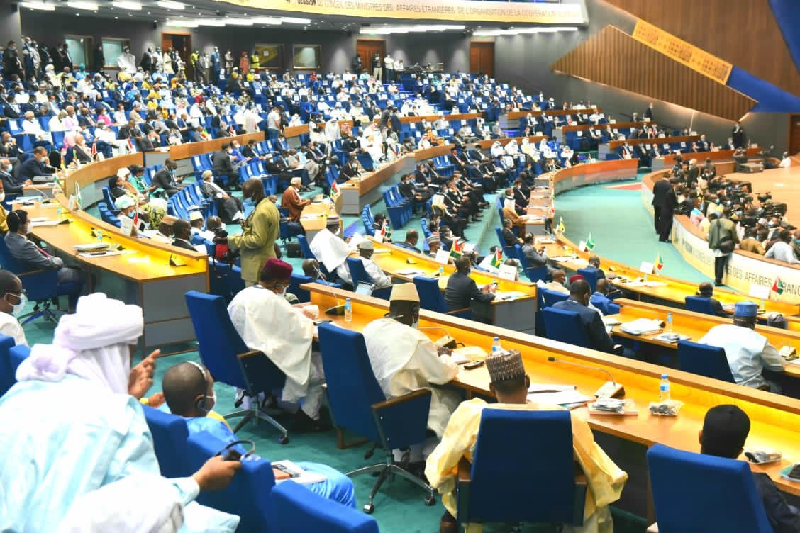 ISLAMABAD: Amid conflicting reports whether the Kash­mir issue was on the agenda of an Organisation of Islamic Cooperation’s meeting in Niger, the foreign ministers of the OIC’s member states in a diplomatic victory for Pakistan unanimously reaffirmed support for the Kashmir cause.

In another landmark development, the OIC unanimously adopted a Pakistan-sponsored resolution urging the UN Secretary General to initiate a global dialogue to counter rising Islamophobia and promote interfaith harmony.

On the bilateral level, Foreign Minister Shah Mehmood Qureshi, who led Pakistan delegation at the 47th session of the Council of Foreign Ministers (CFM) in Niamey, Niger, raised the issue of the ban on visas for Pakistanis recently imposed by the United Arab Emirates with the UAE’s Minister of State for International Cooperation Reem Al Hashimi.

According to details of the Niamey meeting released by Pakistan’s Foreign Office on Saturday, the CFM reaffirmed its strong support for the Kashmir cause. The OIC categorically rejected illegal and unilateral actions taken by India on Aug 5 last year to change the internationally recognised disputed status of the Indian Illegally Occupied Jam­mu and Kashmir and demanded India rescind its illegal steps.

It asked India to cancel the issuance of domicile certificates to non-Kashmiris as well as other unilateral and illegal actions, including Jammu & Kashmir Reorganisation Order, 2020; Jammu & Kashmir Grant of Domicile Certificate Rules, 2020; Jammu and Kashmir Language, Bill 2020 and amendments to the landownership laws.

Also rejecting policies being pursued by the RSS-BJP regime, the 57 member countries of the OIC asked India to refrain from taking any steps to alter the demographic structure of the disputed territory.

The OIC foreign ministers condemned in the strongest possible terms human rights violations perpetrated by Indian occupation forces in held Kashmir and other such instances of terrorism that have been the source of unspeakable suffering for the innocent Kashmiri people.

The resolution condemned the state-sponsored terrorism and crimes against humanity by Indian occupation forces against the Kashmiri people.