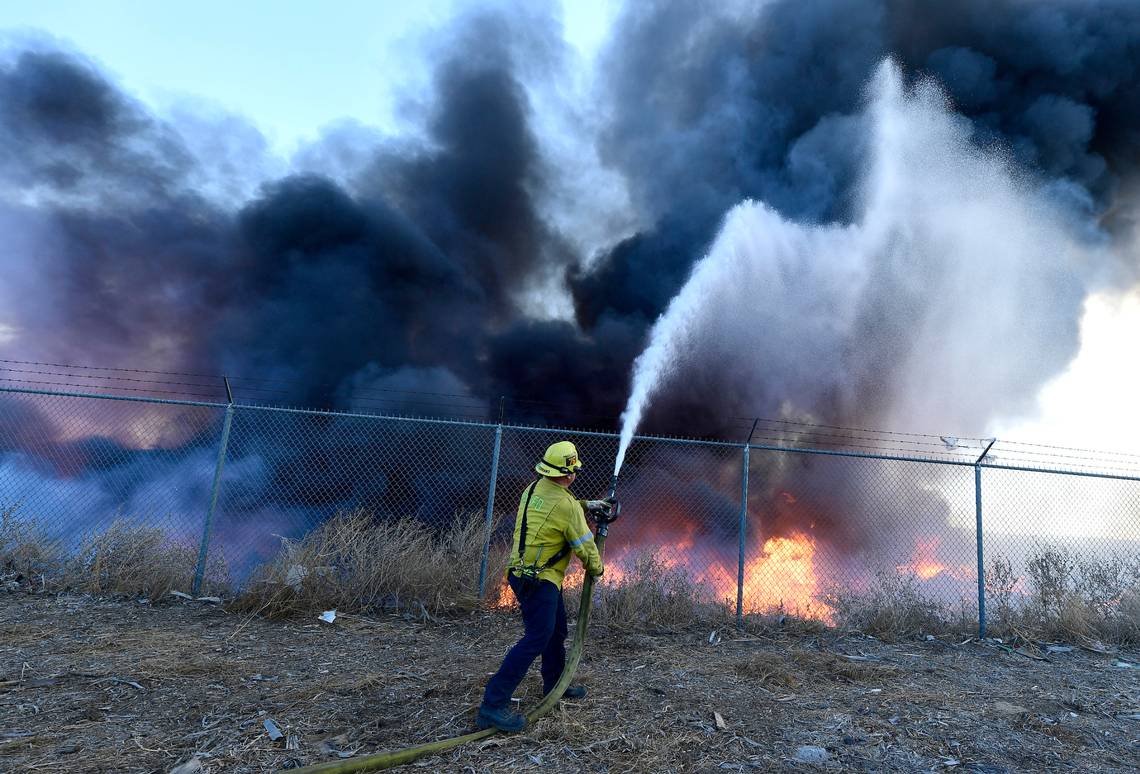 “When crews arrived it was a fully engulfed house and the winds were extremely strong and they pushed flames into the vegetation,”