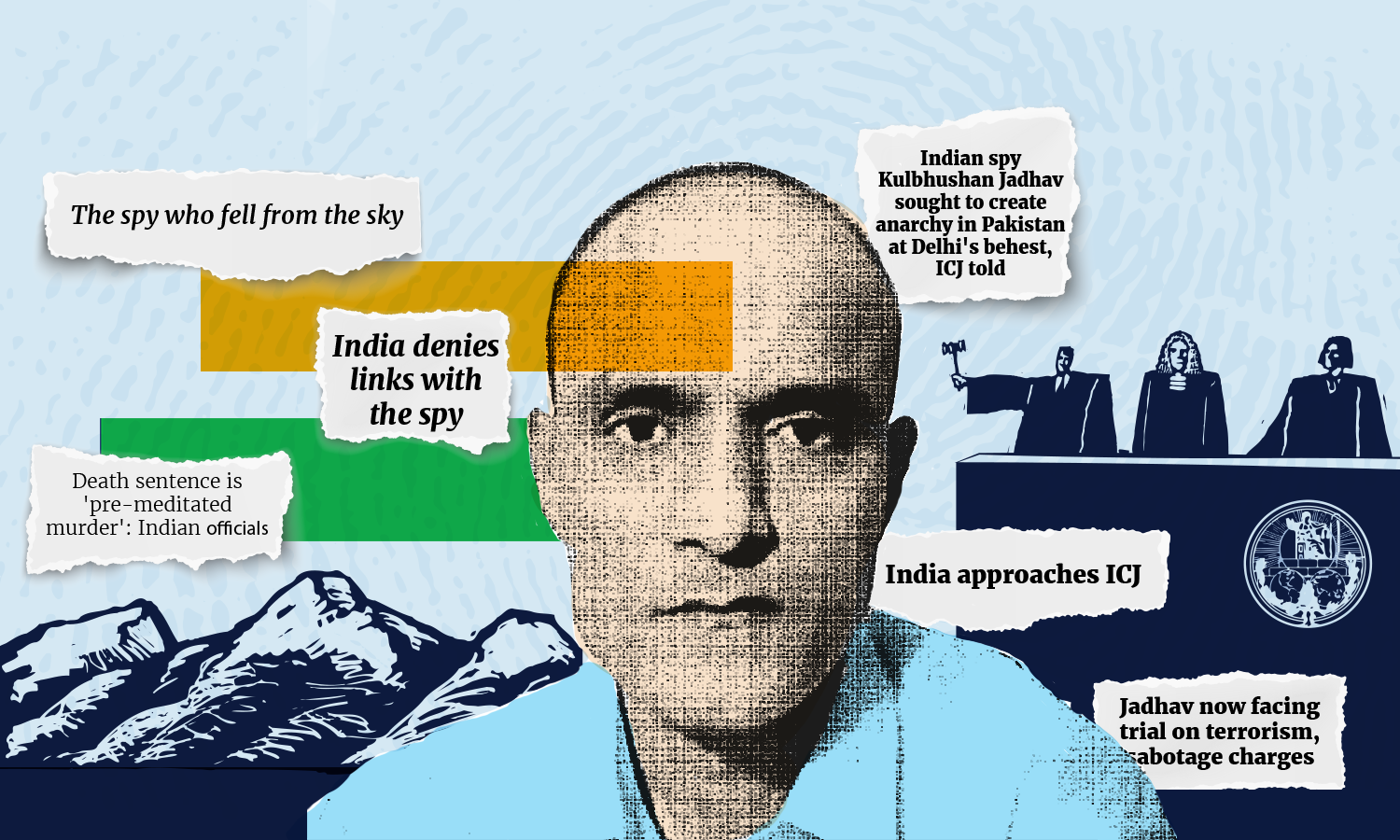 Pakistan has categorically rejected “incorrect and misleading assertions” made by India regarding legal proceedings currently taking place in the case of its spy Kulbhushan Jadhav.

Indian Ministry of External Affairs Spokesperson Anurag Srivastava has alleged that “Pakistan is trying to link the case of Kulbhushan Jadhav with another prisoner’s case”.

“It is evident that by casting aspersions on the Indian High Commission’s own legal counsel, the Indian government is looking for an escape from the legal proceedings in commander Jadhav case, the Foreign Office said in a statement on Friday.

The Prime Minister Narendra Modi-led government is reminded that in pursuance of the judgement of International Court of Justice (ICJ), Pakistan had invited the Indian High Commission to meet commander Jadhav and appoint a lawyer on his behalf so that proceedings to review and reconsider commander Jadhav’s conviction could commence, the statement added.

However, the FO said during the course of diplomatic exchanges, the Indian High Commission refused to instruct a lawyer itself, “as in their view this would amount to a waiver of India’s sovereign immunity”.

“Resultantly, the government of Pakistan was constrained to initiate proceedings for appointment of a state counsel for commander Jadhav,” it also said.

During the course of the proceedings, to show the discrepancy in the Indian position, Attorney General for Pakistan (AGP) Khalid Javed Khan cited the case of Muhammad Ismail, an Indian national currently under custody in Pakistan, where the Indian High Commission had instructed Noon as its lawyer.

The Indian foreign ministry spokesperson alleged that during proceedings of the case regarding Ismail, the Pakistan’s AGP raised the matter pertaining to Jadhav, “though the two cases are not connected in any way”.

“Contrary to the false statement by the MEA, no attempt was made to link the cases of commander Jadhav with another Indian prisoner Ismail,” the FO said in a rebuttal.

The two cases are and remain entirely distinct. Reference to the case of Ismail was only for purpose of showing the discrepancy and inconsistency in the Indian position, it added.

The FO reiterated that in line with the judgement of the ICJ, Pakistan has already provided consular access to the Indian High Commission twice and has taken all necessary steps for effective review and reconsideration in the case. “The offer of a third consular access is still there.”