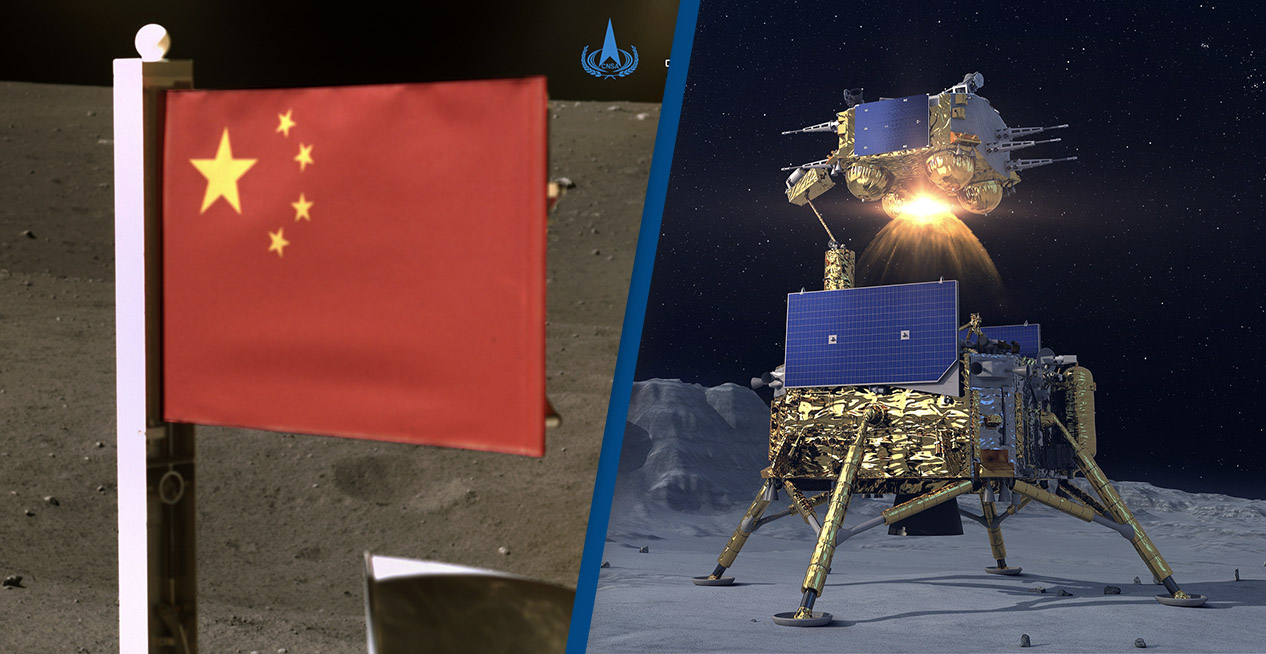 China has become the world’s second country to have planted a flag on the moon after the United States.

More than 50 years ago, the US first planted the Stars and Stripes on the moon.

The country’s National Space Administration released pictures of its five-starred red flag hoisted on the surface of the moon.