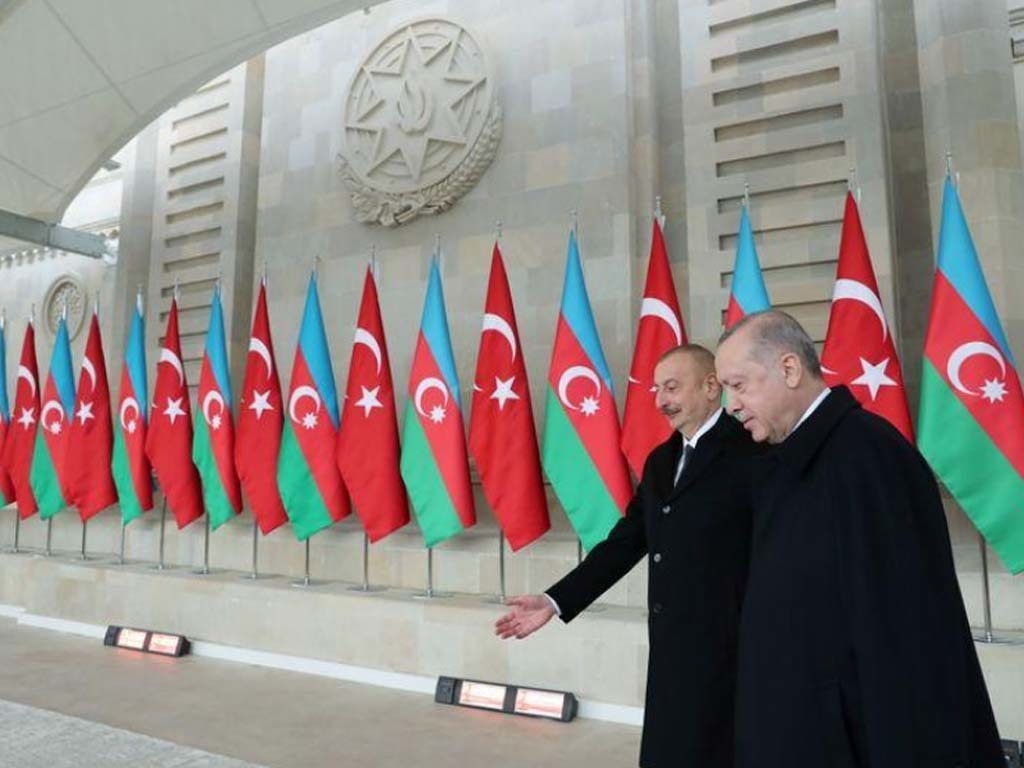 BAKU/ANKARA: Turkish President Tayyip Erdogan on Thursday renewed a call for a change of leadership in Armenia, as he reviewed a military parade marking that country’s defeat by Azerbaijan in a war in the disputed enclave of Nagorno-Karabakh.

Erdogan, who provided military and diplomatic backing to Azerbaijan in this year’s war, offered indirect support for opponents of Armenian Prime Minister Nikol Pashinyan, who is under pressure at home to resign over his handling of the conflict.

“We wish for the Armenian people to rid itself of the burden of leaders who console them with the lies of the past and trap them into poverty,” said Erdogan.

“If the people of Armenia learn their lessons from what happened in Karabakh, this will be the start of a new era.”

Armenia and Turkey signed a landmark peace accord in 2009, to restore ties and open their shared border after a century of hostility stemming from the World War One mass killing of Armenians by Ottoman forces. But the deal was never ratified, and ties have remained tense.

Erdogan issued a similar call for political change in Armenia on Sept 27, the day the six-week war in Karabakh started.

The fighting was brought to a halt last month after Russian peacekeeping troops deployed under a deal that locked in territorial gains by Azerbaijan, a close ally of Turkey.

Karabakh is internationally recognised as part of Azerbaijan, but is populated and, until recently, was fully controlled by ethnic Armenians after a bloody war in the 1990s which saw them seize other outlying regions belonging to Azerbaijan too.

Erdogan, who reviewed the parade in Baku with Azeri President Ilham Aliyev, said there was also now a need to hold ethnic Armenian forces accountable for what he said were their war crimes and destruction of villages, cities and mosques.

Armenian forces deny such accusations. They say Azeri forces and foreign mercenaries are the ones responsible for large-scale cultural destruction and atrocities. Baku denies that.

At Thursday’s parade, helicopters bearing the flags of Turkey and Azerbaijan flew over the nearby Caspian Sea, almost 3,000 Turkish troops marched across Baku’s main square, and Azeri tanks and soldiers filed past the two men.

Aliyev paid tribute to Turkey’s support during the war.

“Erdogan supported our position, our just cause, from the very start… Taking part in this victory parade together we are again showing our unity, not only to our own peoples but to the whole world,” he said.

America is broken – can Biden and Harris put it back together?