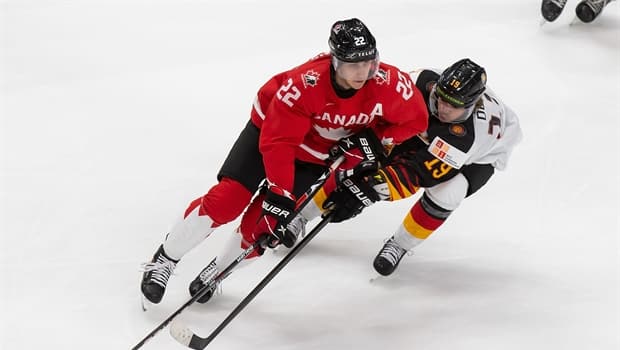 Canada began shedding game rust with a 16-2 win over beleaguered Germany at the world junior men’s hockey championship on Saturday in Edmonton.

Dylan Cozens of Whitehorse had a hat trick and three assists for the host country against an opponent ravaged by the COVID-19 virus.