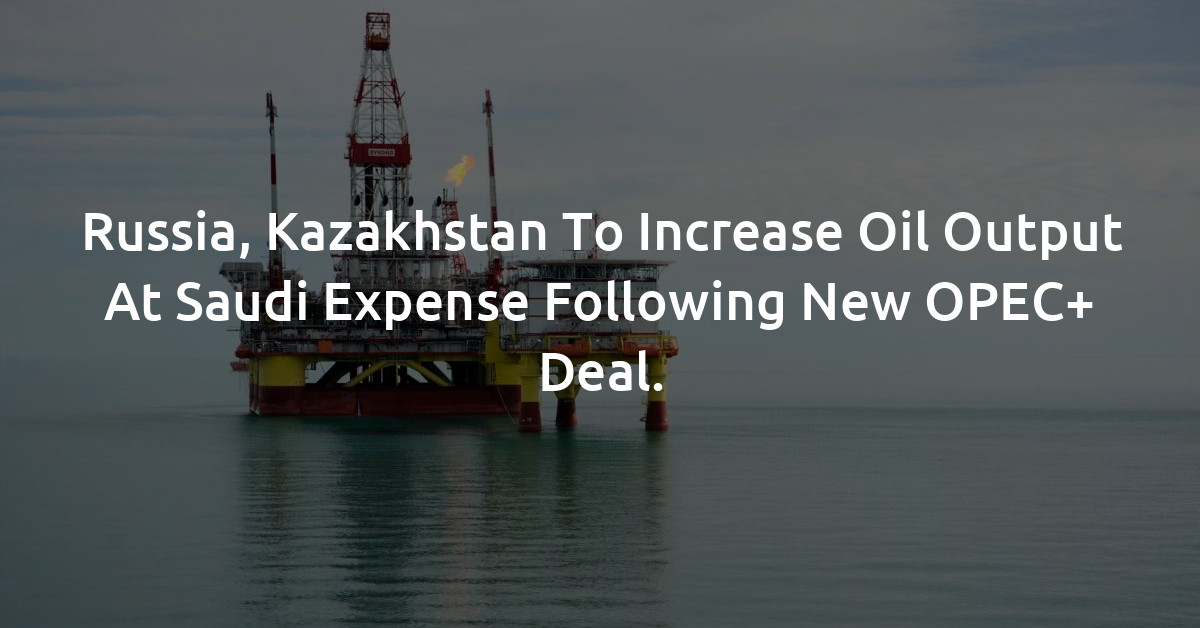 Russia and Kazakhstan will increase oil production in February and March at the expense of Saudi Arabia as Riyadh seeks to keep the OPEC+ alliance together and maintain a tighter oil market as a resurgent pandemic cools demand.

Russia and Kazakhstan had been pushing OPEC+ during their latest meeting that began on January 4 to increase total oil output in February by another 500,000 barrels a day (bpd).

However, Saudi Arabia opposed the idea amid concern a new strain of the coronavirus could force some countries to reimpose lockdowns, curbing demand and hurting prices.

OPEC+ includes the 13 members of the Saudi-dominated OPEC cartel and 10 allied oil-producing nations led by Russia.

The disagreement between Moscow and Riyadh, which forced the meeting to convene for a second day, raised some concern about the unity of the alliance, whose fragile nature was laid bare during a similar dispute last March that led to the sharpest one-day oil price decline in more than two decades.

The OPEC+ agreement reached on January 5 allows Russia and Kazakhstan to increase oil production by a combined 75,000 bpd in February and another 75,000 bpd in March.

Saudi Arabia will voluntarily cut production by 1 million bpd during those two months while all other members will keep their production steady.

The agreement led to a rally in oil prices with Brent crude climbing 5 percent to $53.65.

Saudi Arabia and Russia locked horns during an OPEC+ meeting in March 2020 as Moscow refused to agree to Riyadh’s proposal for an output cut even as the pandemic was beginning to erode global oil demand.