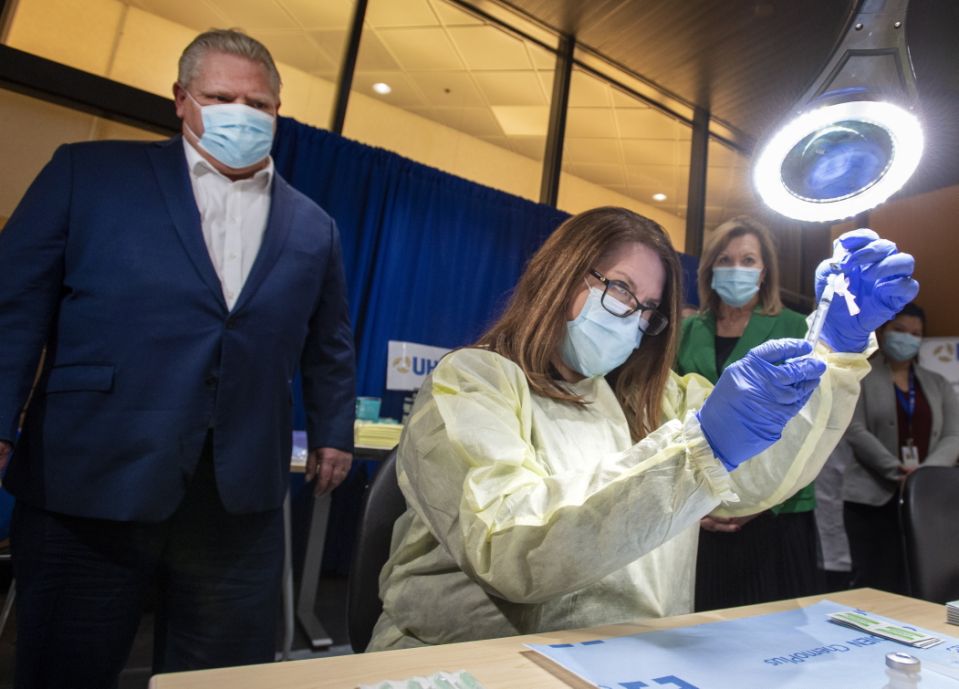 Ontario reported a single-day record of 3,519 new cases of COVID-19 on Thursday, as well as 89 more deaths of people with the illness — the deadliest day so far of the entire pandemic for the province.

The news comes as Premier Doug Ford suggested that public health officials will be making an announcement this afternoon on whether or not students in the province will be heading back into schools next week.

At a photo opportunity this morning, Ford said he recently received new data that indicated COVID-19 positivity rates among children have been increasing. The data has caused concern about the reopening of schools, he said.

Meanwhile, Ontario has now received another 48,000 doses of the Pfizer-BioNTech vaccine, CBC News has learned from a government source.

Minister of Health Christine Elliott said that as of 8 p.m. Wednesday, a total of just 72,630 doses of COVID-19 vaccines had been administered in Ontario.

Other regions that saw double- or triple-digit increases were:

Ottawa: 164
Hamilton: 146
Middlesex-London: 115
Niagara Region: 112
Halton Region: 95
Wellington-Dufferin-Guelph: 90
Simcoe Muskoka: 78
Eastern Ontario: 36
Brant County: 27
Southwestern: 22
Chatham-Kent: 19
Haliburton, Kawartha and Pine Ridge: 17
Grey County: 16
Northwestern: 15
Algoma County: 15
Huron-Perth: 12
Peterborough: 12
Haldimand-Norfolk: 11
(Note: All of the figures used in this story are found on the Ministry of Health’s COVID-19 dashboard or in its Daily Epidemiologic Summary. The number of cases for any region may differ from what is reported by the local public health unit, because local units report figures at different times.)

Combined, the additional infections reported Thursday push the seven-day average of new daily cases to a new high of 3,141.