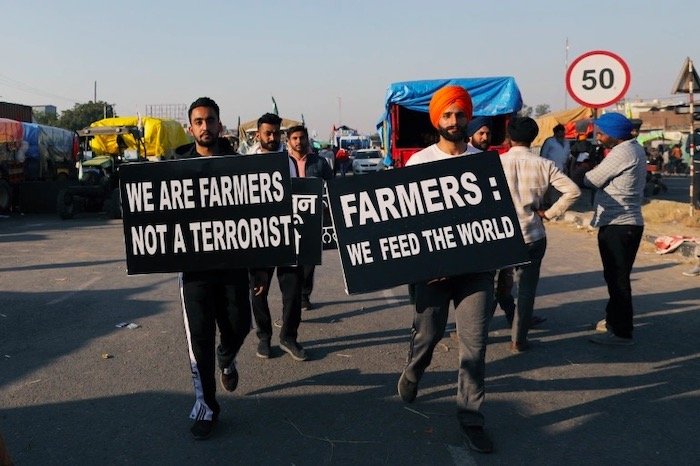 In a major development, India’s Supreme Court has ordered an indefinite stay on Tuesday over the implementation of new agricultural laws that ignited anger among farmers leading to protests country-wide, saying it would set up a panel to hear their objections.

For more than a month, tens of thousands of farmers have camped on the outskirts of New Delhi, the capital, to protest against reform measures that they say benefit large private buyers and harm growers.

Chief Justice Sharad Bobde told a hearing the Supreme Court would establish a panel to hear the farmers’ grievances.

“We have the power to make a committee and the committee can give us the report,” he said, ordering the stay for an undisclosed period on the laws passed in September.

“We will protect farmers.” There were no immediate further details.

India says the laws aim to modernise an antiquated farming system, bedevilled by wastage and bottlenecks in the supply chain.

But farm leaders demand repeal of the laws, which they say are an attempt to erode a longstanding mechanism that ensures farmers a minimum support price for their crops.

The government has said there was no question of such a rollback, and eight rounds of talks have failed to find common ground. The two sides are set to meet next on Friday.