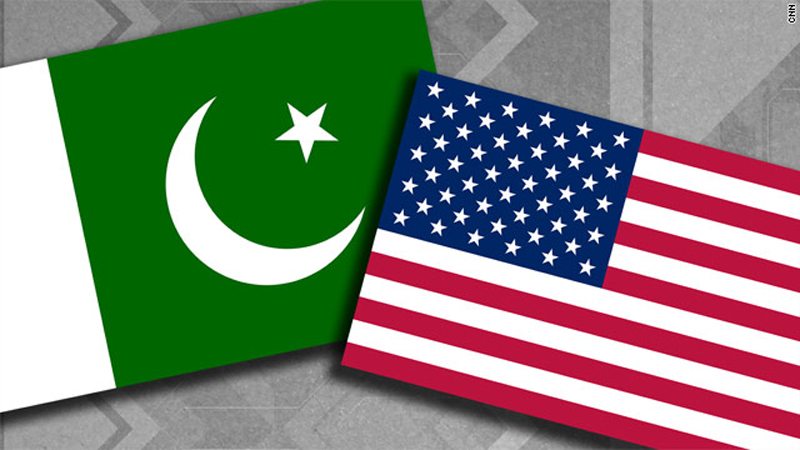 ISLAMABAD: In a rare rebuke to the US Department of State, the Foreign Office Sunday reminded it that Pakistan was fully abiding by its own statutes and fulfilling international obligations.

“The State Department is encouraged to reserve its concern for the active aiding, abetting, planning, promoting, financing and execution of terrorist activities by India for which sufficient irrefutable evidence has already been provided,” tweeted the spokesman.

The rebuke is in response to Saturday’s Tweet of the Department of State saying it was encouraged by the sentencing of Zakiur Rehman Lakhvi – the UN-designated terrorist and leader of banned Lashkar-e-Taiba.

“We are encouraged by the recent conviction of Zakiur Rehman Lakhvi. However, his crimes go far beyond financing terrorism,” it said, adding, “Pakistan should further hold him accountable for his involvement in terrorist attacks, including the Mumbai attacks.”

Lakhvi was arrested last week and sentenced by an Anti-Terrorism Court to five-year rigorous imprisonment each on three counts of terror financing.

“The investigations, prosecutions & subsequent convictions, through due process, are a reflection of effectiveness of Pakistan’s legal system, which operates independent of any extraneous factors or influences,” added the spokesman.

He pointed out that the legal process in the ‘Mumbai Case’ remains stalled due to reluctance by India to send witnesses for cross-examination by a Pakistani court.

Meanwhile, the Foreign Office announced the visit to Islamabad by Ustad Karim Khalili, Leader of Hezb-e-Wahdat-e Islami, Afghanistan, along with a delegation from 11-13 January 2021.

“The visit of Ustad Karim Khalili is part of Pakistan’s ongoing policy to reach out to the political leadership in Afghanistan to forge common understanding on the Afghan peace process and deepen people-to-people linkages,” the spokesperson added.

“Pakistan’s fraternal ties with Afghanistan are rooted-deep in shared history, faith, culture, values and traditions. Pakistan fully supports all efforts for peace, stability and prosperity of the Afghan people. Pakistan remains steadfast in its support of an inclusive, broad-based and comprehensive political solution to the Afghan conflict through an Afghan-led and Afghan-owned peace process,” the spokesperson said.