China urges Japan not to “complicate” situation over disputed islands

How can the ECP enforce the Supreme Court order? 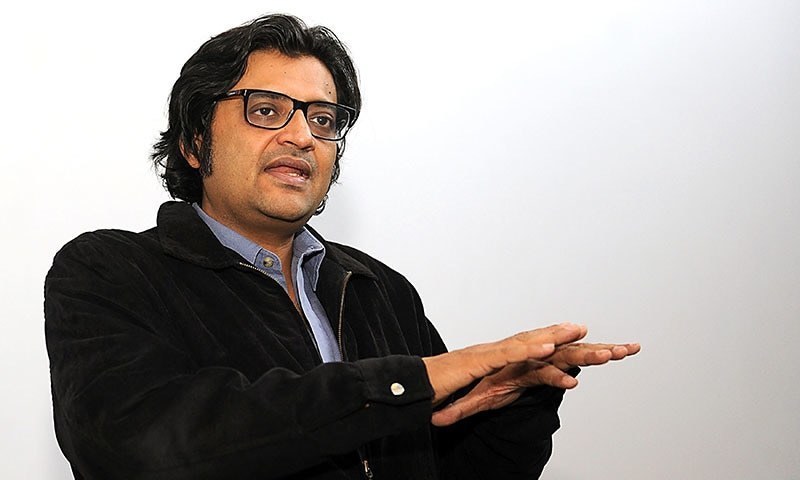 Firebrand Indian television anchor Arnab Goswami knew of the Modi government’s plan to stage a strike in Pakistan days before the Feb 26, 2019, Balakot episode between the two countries, evidence submitted by Mumbai police as part of an ongoing investigation on manipulation of television ratings suggests, multiple Indian media outlets reported on Saturday.

Police have included purported WhatsApp conversations between Goswami, chief editor of Republic TV, and Pratho Dasgupta – the incarcerated head of ratings company Broadcast Audience Research Council (BARC) – in a transcript that is part of a 3,400-page supplementary chargesheet filed in their investigation into the alleged ratings scam, The Hindu reported.

The police investigation began in October last year after TV channels in the western state of Maharashtra, of which Mumbai is the capital, were accused of rigging the ratings system.

According to excerpts of the purported conversations published by scroll.in, Goswami texted Dasgupta on Feb 23, 2019, saying: “On another note something big will happen.”

After a few messages on other matters, Dasgupta asked, “Dawood?”, referring to a notorious gangster who is wanted in several cases.

Arnab Goswami: “No sir Pakistan. Something major will be done this time.”

Partho Dasgupta: “It’s good for big man in this season.”

Partho Dasgupta: “He will sweep polls then.”

Arnab Goswami: “Bigger than a normal strike. And also on the same time something major on Kashmir. On Pakistan the government is confident of striking in a way that people will be elated. Exact words used.”

Three day after this purported conversation, on Feb 26, Indian jets trespassed into Pakistani territory and dropped their payload in Balakot, bringing two nuclear armed nations on the brink of war. Pakistan’s response the next day led to the downing of two India jets and the capture of an Indian air force pilot whose fighter plane fell inside Pakistani territory after being struck.

A day after the episode, excerpts from the alleged chats show, Dasgupta texted Goswami asking whether this was what he was hinting at.

Answering in the affirmative, Goswami added: “More to come”.

According to TheWire, these purported conversations, which cover topics from the Pulwama attack to Kashmir’s annexation, are just a part of the mammoth transcript which shows Goswami was aware of the the Indian government’s plans well in advance.

Soon after the Pulwama attack on Feb 14, 2019, in which 40 soldiers were killed, Goswami allegedly wrote to Dasgupta acknowledging how the attack had helped his channel. “This attack we have won like crazy,” he allegedly wrote the same evening at 5:43pm, according to excerpts published by TheWire.

Some of these conversations also reveal that the ratings agency boss, Dasgupta, wanted to use Goswami’s connections in Prime Minister Narendra Modi’s office to get a position as the PM’s adviser.

“If you can please get me a media adviser kind of position with [the] prime minister office,” said Dasgupta in one of the purported WhatsApp messages published by Indian media.

Dasgupta was arrested last month and is currently under police remand. He was charged with “misuse of his official position to manipulate ratings of specific news channels broadcast by ARG Outlier Media Pvt Ltd such as Republic Bharat Hindi and Republic TV English”.

But these latest reports are particularly damning for Goswami, who is known for aggressively backing up Modi and his Hindu nationalist policies during his nightly shows, often shouting down opponents.

Critics have long accused Republic TV of pandering to Modi’s agenda at a time when other media channels say press freedom is under threat.

How Canada’s pandemic experience has been easier than some

Biden spokesperson rules out helping Canada, Mexico with vaccine supply before all Americans are inoculated