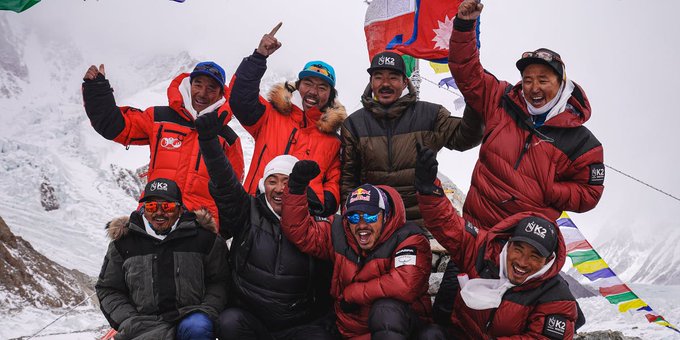 ISLAMABAD: A team of Nepalese climbers on Saturday made history after becoming the first to summit Pakistan’s K2 in winter, according to a trekking company leading one of the expeditions.

Dozens of mountaineers have been competing over the past few weeks to summit the world’s second highest mountain, the last peak above 8,000 metres to be topped in wintertime.

“WE DID IT,” tweeted Seven Summit Treks.

“The Karakorum’s ‘Savage Mountain’ been summited in most dangerous season: winter. Nepalese climbers finally reached the summit of Mt K2 this afternoon at 17:00 local time.”