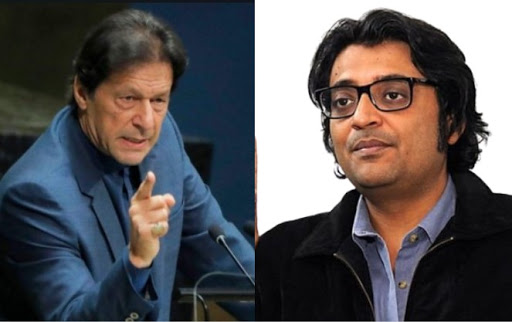 Prime Minister Imran Khan on Monday said purported WhatsApp conversations of an Indian anchor published in Indian media prove that the Modi government used the Balakot incident for electoral gains — a point he had already revealed to the world in the 2019 UNGA session.

The premier was referring to recently emerged transcripts of purported WhatsApp conversations between firebrand Indian anchor Arnab Goswami and Pratho Dasgupta — the incarcerated head of ratings company Broadcast Audience Research Council (BARC) — which suggest that the television host knew about Modi government’s plan to stage a military strike in Pakistan days before the February 26, 2019 event occurred.

In a series of tweets, the prime minister recalled that in his speech at the United Nations General Assembly in 2019, he had told the international community that the ruling Bharatiya Janata Party (BJP) had “used the Balakot crisis for domestic electoral gains”.