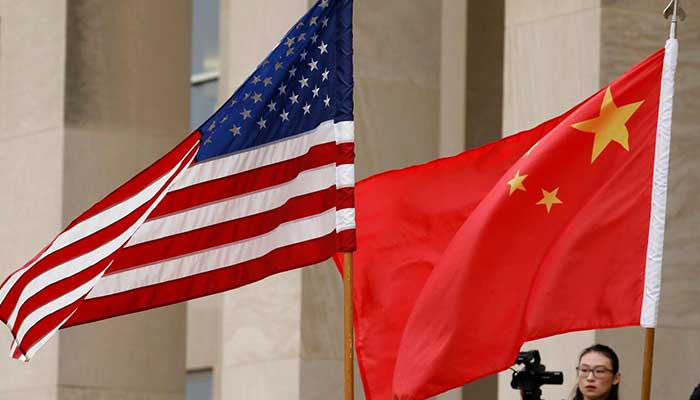 BEIJING: After Washington lifted curbs on exchanges between US and Taiwanese officials, China’s Foreign Ministry said on Monday said that US officials who have engaged in “nasty behaviour” over Chinese-claimed Taiwan will be slapped with sanctions.

Sino-US ties have worsened as China has already condemned this month’s easing, announced by US Secretary of State Mike Pompeo in the waning days of President Donald Trump’s presidency.

Further adding to China’s anger, the US ambassador to the United Nations, Kelly Craft, spoke last week to Taiwan President Tsai Ing-wen, after a planned trip to Taipei was called off.

Asked at a daily news briefing how China would follow through on its pledge to make the United States “pay a heavy price” for its engagements with Taiwan, ministry spokesperson Hua Chunying said some US officials would face sanctions.

“Owing to the wrong actions of the United States, China has decided to impose sanctions on responsible US officials who have engaged in nasty behaviour on the Taiwan issue,” she said, without elaborating.

When asked about US sanctions on six mainlands and Hong Kong officials announced last Friday over the mass arrests in Hong Kong, Hua said that China has decided to impose sanctions on US officials, members of Congress, personnel at non-governmental organisations, and their family members over their “nasty behaviour” on the Hong Kong issue.