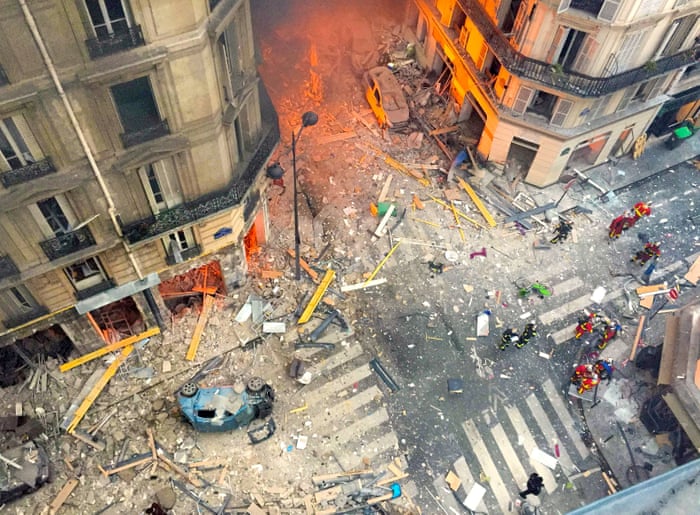 MADRID: A strong explosion ripped through a building in the Spanish capital, leaving two people dead and several others injured, according to authorities, with local TV showing the street covered in debris.

The emergency services tweeted that two people had died, while another person was seriously injured and six had suffered light injuries in the blast. “At least four floors have been affected by the explosion in the building in Calle Toledo,” they tweeted.

“Nine fire crews and 11 ambulances have gone to Calle Toledo following an explosion in a building,” they had said earlier.

Though the cause of the blast was not immediately clear, officials said it was a suspected gas leak. Images from the scene showed the walls on the top four or five storeys had been blown out, with debris littered far and wide.

Madrid Mayor Jose Luis Martinez-Almeida told reporters at the scene it seemed that “there was a gas explosion in the building”.

The incident occurred in a building next door to an elderly care home but no one there was hurt, La Paloma residence said in a statement on its website.