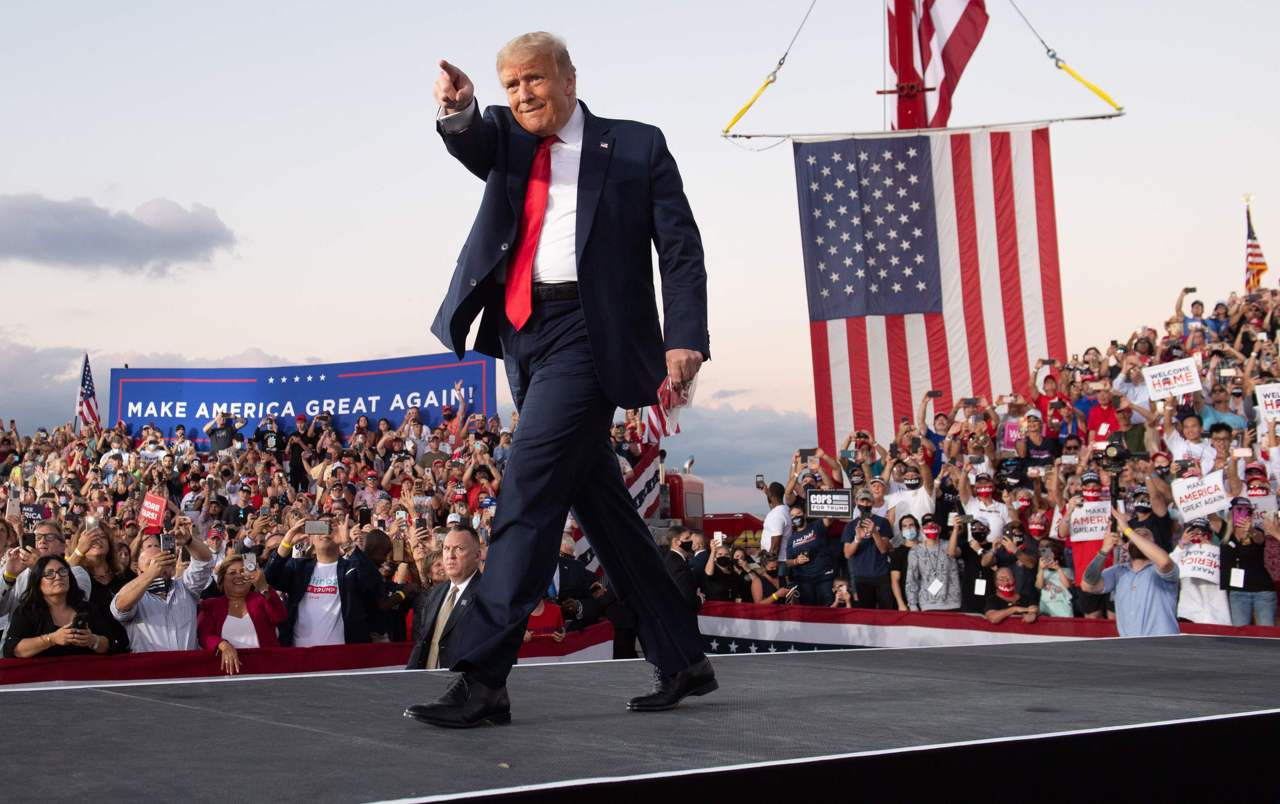 While most of the rest of the nation and the world watched Joe Biden being sworn in as the 46th President on Wednesday, a few Trump loyalists gathered in the streets outside Mar-a-Lago to hold a dance party.

The crowd – which was mostly maskless – danced, laughed and hugged as they waited for Trump to arrive in Florida with his children. Almost all of the Trump clan has now made Florida their home.

In his final hours as President on Tuesday and Wednesday, Trump pardoned dozens of celebrities, donors and millionaires from future prosecution.