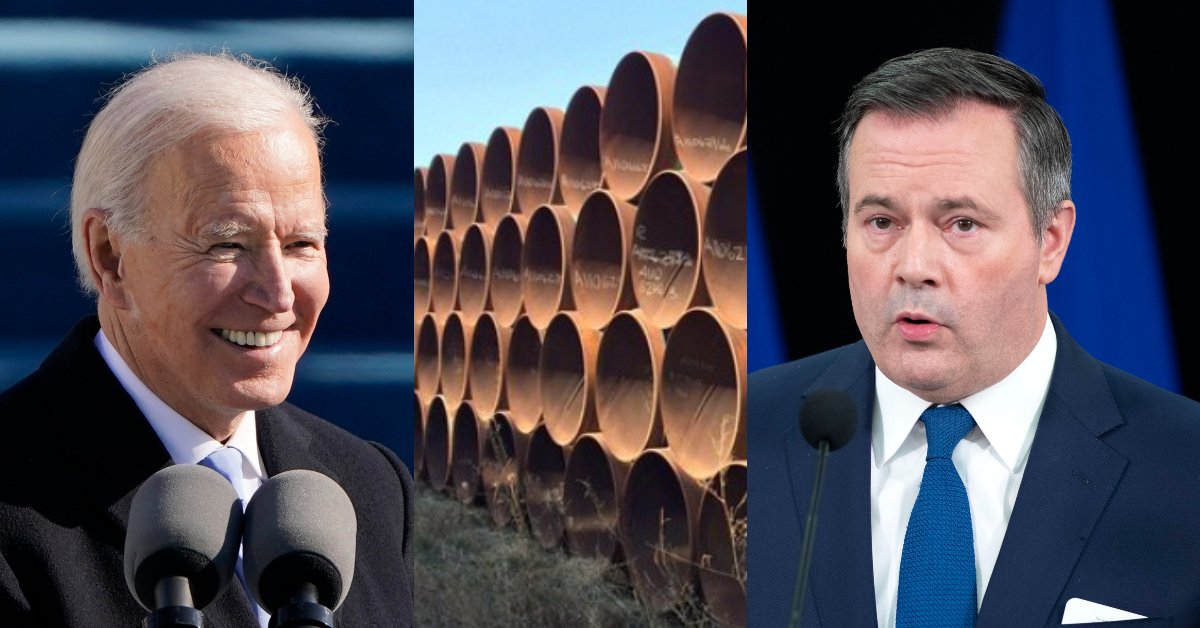 Alberta Premier Jason Kenney said U.S. President Joe Biden’s decision to revoke the permit for Calgary-based TC Energy’s Keystone XL pipeline was a “gut punch,” characterizing it as a direct attack on the trade relationship between the two countries.

“Sadly, [this is] an insult directed at the United States’s most important ally and trading partner,” Kenney said during a press conference held Wednesday.

Kenney said he was calling on Prime Minister Justin Trudeau to sit down with the new administration, suggesting that the federal government impose trade and economic sanctions should those efforts be refused.

As a part of the broader climate order, the Biden administration wrote that the Keystone XL pipeline “disserves the U.S. national interest,” citing challenges surrounding climate and the pursuit of a clean energy economy.

In the order, the administration indicated that its analysis concluded that approval of Keystone XL would “undermine U.S. climate leadership” by undercutting the influence of the country on other nations to take climate action.

“Leaving the Keystone XL pipeline permit in place would not be consistent with my Administration’s economic and climate imperatives,” the order reads.