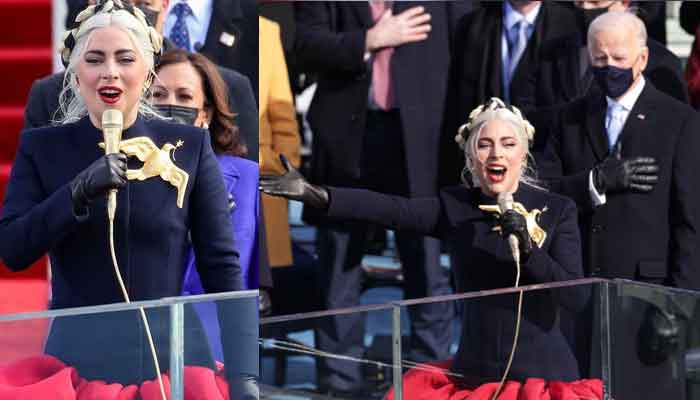 And while the vocal power house delivered a stellar performance of American national anthem, The Star-Spangled Banner, at Capitol Hill, what became the talk of town was her Hunger Games-inspired dove pin.

The gold pin which the singer adorned on her dress was quite similar to the mockingjay symbol of the Hunger Games franchise.

Soon after, fans were reacting with memes while lauding the singer for her sartorial choices.

While it is hilarious that the ceremony was taking place at District 1 (not the one from the Hunger Games), her pin wasn’t actually a mockingjay but a dove that meant to symbolize peace, grace and mercy.