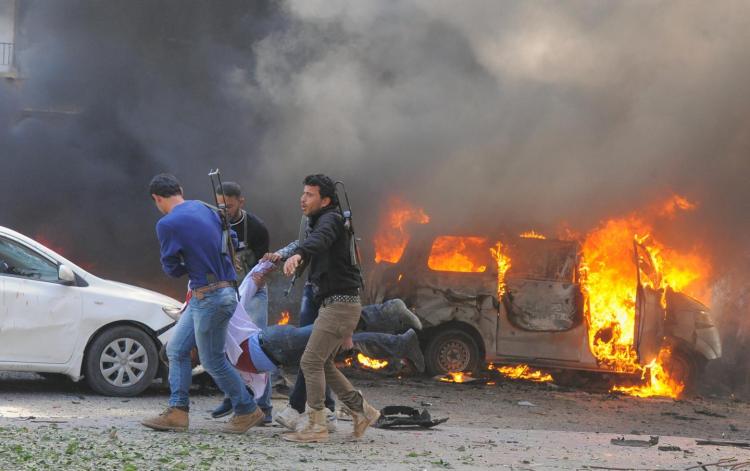 A rare twin suicide bombing killed more than 30 people and wounded 110 others at a crowded market in central Baghdad on Thursday, the Iraqi health ministry said, the city’s deadliest attack in three years.

At least 32 people were killed and another 110 wounded in the attack amid stalls hawking second-hand clothes in the Iraqi capital’s Tayaran Square.

The market had been teeming with people after the lifting of nearly a year of restrictions imposed across the country in a bid to halt the spread of Covid-19.

According to an interior ministry statement, the first suicide bomber rushed into the market, claiming to feel sick.

Once a crowd of people had gathered around him, he detonated his explosives.

As people then flocked around the victims, a second attacker detonated his bomb, the ministry said.

An AFP photographer at the scene said security forces had cordoned off the area, where blood-soaked clothes were strewn across the muddy streets.

Paramedics were working to remove casualties, and Iraq’s health ministry said it had mobilised medics across the capital.

Thursday’s attack was the bloodiest incident in Baghdad since January 2018, when a suicide bomber killed more than 30 people in the same square.

Suicide bombings had been commonplace in Baghdad during the sectarian bloodletting that followed the US-led invasion of 2003.

Later on, as the Islamic State group swept across much of Iraq, its jihadists also targeted the capital. But with the group’s territorial defeat in late 2017, suicide bombings in the city became rare.

Baghdad’s notorious concrete blast walls were dismantled and checkpoints across the city removed.