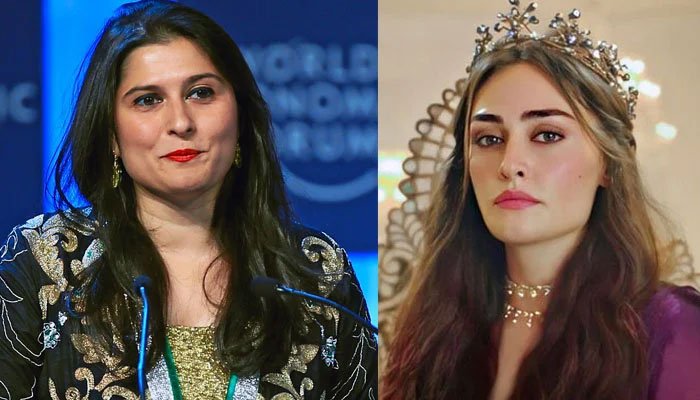 Recently, Esra Bilgic, who essays the role of Halime Sultan in historical drama series Dirilis: Ertugrul, sparked speculations she is being appointed the brand ambassador of Peshawar Zalmi for the PSL season 6 after the Turkish actress shared a photo of Islamia College Peshawar with caption, “The City Of Flowers.”

In this context, an Instagram page recently shared a post where several netizens took part in the discussion.

Emmy-winning Pakistani filmmaker Sharmeen Obaid Chinoy also commented and raised her concerns on the Turkish actress being made the brand ambassador.

She commented, “I find this hilarious! A Turkish actress whose country doesn’t even play the sport will now be a mascot for cricket- what happed to Pakistani actress by the way?”