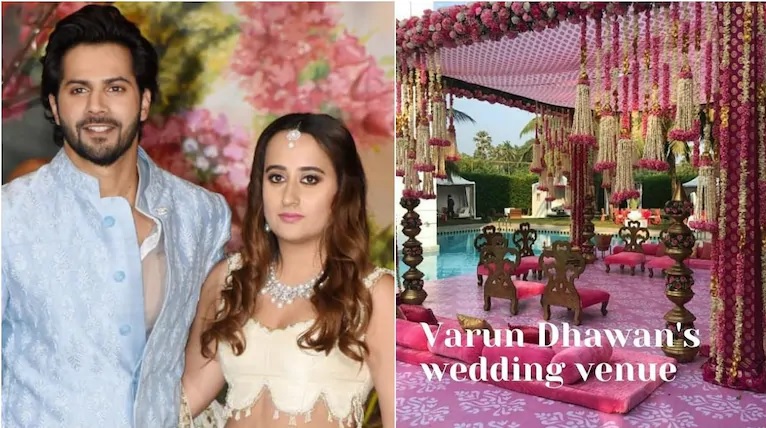 Bollywood actor Varun Dhawan and fashion designer Natasha Dalal are in the process of tying the knot today at The Mansion House resort in Alibaug, India.

According to PTI, Varun and Natasha are getting married as per Hindu rituals in the presence of family and close friends. An insider went on to tell the outlet that the wedding was originally planned for May 2020 but due to Covid-19, it was pushed to 2021.

The duo was set to tie the knot at 12:30 PM today, being pronounced husband and wife, reported Pinkvilla. An inside source told the publisher that Dalal would first arrive at the Mandap for a Chura and Kalira ceremony.

For the unversed, chura is a set of traditional red bangles that is given to the bride by her maternal uncle. The bride is not allowed to see this ceremony so her eyes are covered while her family members touch the bangles turn by turn to send their blessings.

The maternal uncle and the maternal aunt then help the bride put on the churas. This is followed by the rest of the relatives of the bride tying the kalire to her churas. The ceremony takes place on the morning of the wedding day and marks the beginning of festivities.

While the couple has maintained utmost privacy about their nuptials, their excited fans are waiting on their pictures from Alibaug. But to their dismay, not a single picture has made its way on social media so far.

However, photos of filmmakers jetting off to and arriving at Alibaug have surfaced. Karan Johar was spotted at the Gateway of India, boarding a ferry to make his way to the venue, while Manish Malhotra was snapped outside the main gate of the resort, waving to the paparazzi before sitting in his car.