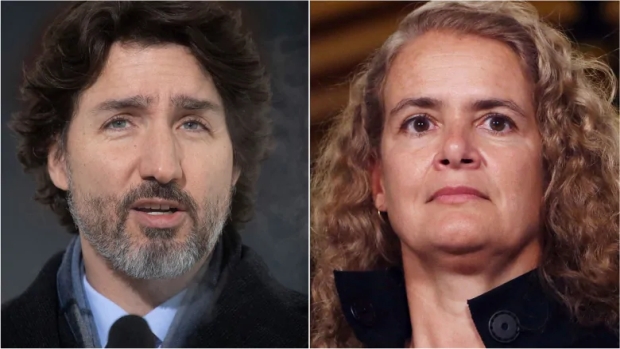 Prime Minister Justin Trudeau says his government is looking at ways to strengthen the vetting process for the next governor general after his choice for the job — Julie Payette — resigned yesterday following reports she presided over a toxic work environment at Rideau Hall.

Trudeau faced multiple questions from reporters today about the vetting process he followed in appointing Payette back in 2017, and the red flags raised by former employers about her behaviour.

“Obviously the vetting process that was in place was followed, but obviously we’re going to also look at ways we can strengthen and improve the vetting process for high-level appointments,” he said outside his home at Rideau Cottage, not far from Rideau Hall.

“We are looking right now at processes that can be strengthened as we move forward and we will have more to say on that as we make decisions.”