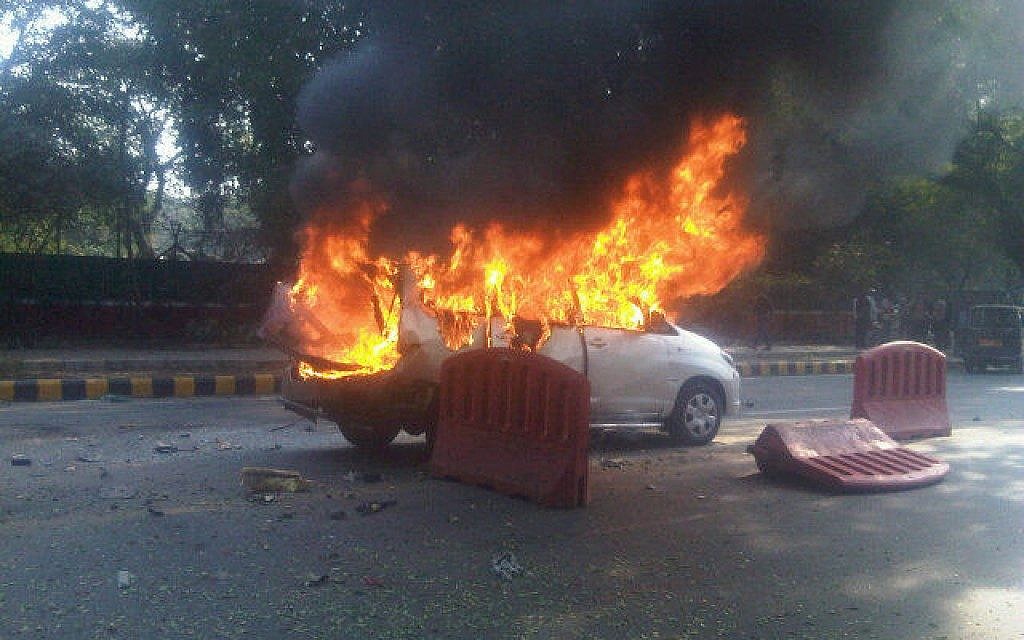 NEW DELHI: A small bomb exploded outside the Israeli embassy in New Delhi on Friday as it marked the anniversary of setting up diplomatic relations with India.

No injuries were reported but an Israeli official told AFP the incident was being viewed as terrorism.

The windows on three nearby cars were blown out by what police called “a very low intensity improvised device”.

However an Israeli official in Jerusalem, speaking on condition of anonymity, told AFP: “We consider this as a terror attack.”

With the Indian capital already on heightened alert because of farmers’ protests, the district around the embassy was sealed off and flooded with police, paramilitaries, bomb disposal experts and anti-terrorism specialists.

According to media reports, the device, which went off at about 5:05pm (1135 GMT), could have been left in a flower pot on the pavement close to the embassy.