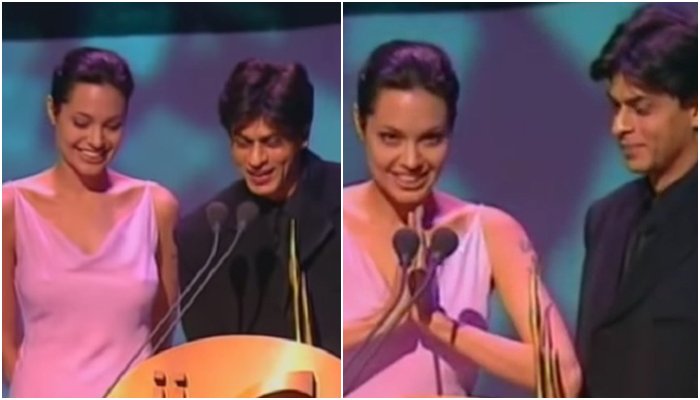 Bollywood superstar Shah Rukh Khan’s popularity certainly knows no bounds as the actor has often times rubbed shoulders with A-listers from across the globe.

An old photo of the King of Bollywood has been making rounds online where she can be seen sharing the stage with Hollywood bigshot Angelina Jolie.

This was during the Maleficent actor was having her own little Bollywood moment in India for an award show where she took to the stage with Khan to present an award.

The Salt star slipped into an orchid pink gown and announced Aishwarya Rai as the best actress for Hum Dil De Chuke Sanam, while holding hands with the Main Hoon Na hero.