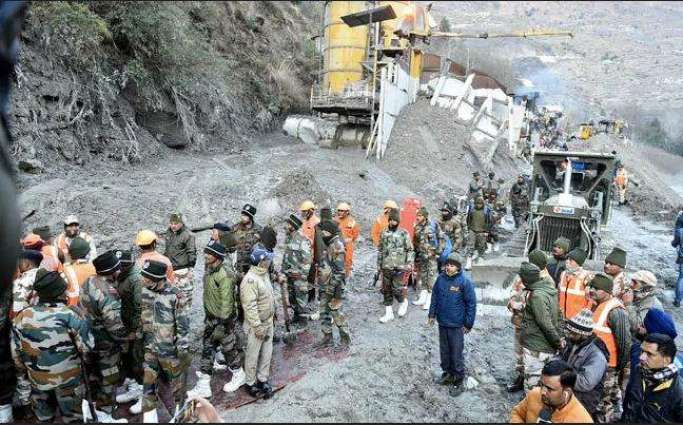 RISHIKESH, India: Eighteen people were confirmed dead on Monday and at least 200 others were missing after a devastating flash flood in India thought to have been caused by a chunk of glacier breaking off.

“There was a cloud of dust as the water went by. The ground shook like an earthquake,” local inhabitant Om Agarwal told Indian TV.

The Uttarakhand state government said on Monday 18 bodies have been recovered, and chief minister Trivendra Singh Rawat said at least 200 people were still unaccounted for.

Most of those missing were working at the two power plants. Some were trapped in two tunnels cut off by the floods and by mud and rocks.

“If this incident happened in the evening, after work hours, the situation wouldn’t have been this bad as labourers and workers in and around the work sites would have been at home,” Rawat told reporters.

Twelve people were rescued from one of the tunnels on Sunday but 25-35 more were still trapped in the second one, state disaster relief official Piyoosh Rautela told AFP.