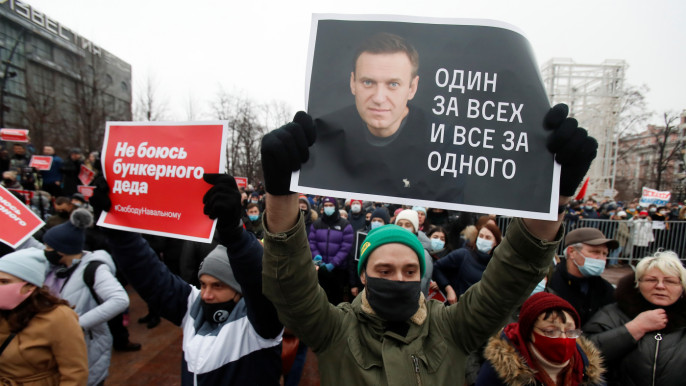 The meeting at 1200 GMT is likely to be the first forum for the West to consider any possible joint response to Navalny’s jailing last week and Friday’s expulsions, which took place while the EU’s top diplomat was visiting Moscow.

EU foreign policy chief Josep Borrell said in a blog late on Sunday that he had learned of the expulsion of the diplomats from Germany, Poland and Sweden via social media during his talks with his Russian counterpart Sergei Lavrov on Friday.

Borrell said the expulsions by Moscow, his fruitless appeals to halt them, and a denial of his request to visit Navalny had cemented his view that “Europe and Russia are drifting apart”.

“Russia is progressively disconnecting itself from Europe and looking at democratic values as an existential threat,” wrote Borrell, a veteran Spanish politician who had hoped the rare trip to Moscow might help to rebuild East-West ties.

“It will be for member states to decide the next steps, and yes, these could include sanctions,” Borrell wrote in his blog.

Since the Kremlin’s annexation of Ukraine’s Crimea in March 2014, Russia is under Western economic sanctions, with NATO accusing Moscow of seeking to undermine the West through disinformation and covert operations.

However, the West still needs Russia as an energy supplier and as a regional power in diplomacy, such as upholding the 2015 nuclear accord with Iran, and tackling climate change.

Last week, Poland, Lithuania, Estonia, Latvia, Romania and the Czech Republic pushed for fresh sanctions on Russia, with Germany, Italy and France arguing to give Moscow more time to reconsider its jailing of Navalny, President Vladimir Putin’s most prominent critic.