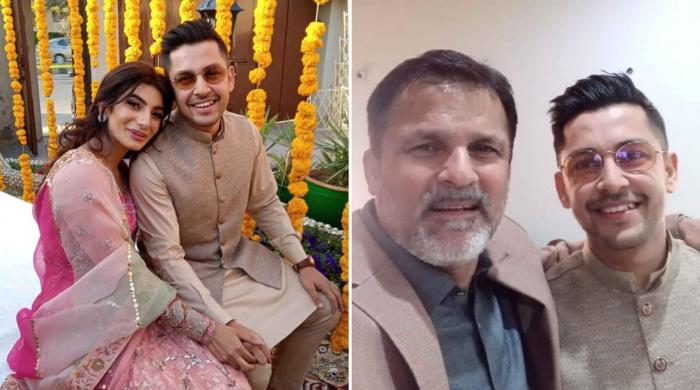 Pakistani actress Mariam Ansari is officially the daughter-in-law of former Pakistan captain Moin Khan after she tied the knot with his son Owais Khan.

In a tweet by Shoaib Jatt, the adorable couple is officially husband and wife but will proceed with the festivities in December.

Multiple photos and videos have made rounds on social media of the love birds’ special event, prompting fans to shower the happy couple with love and well wishes.

The major event was attended by many celebrities of the industry.