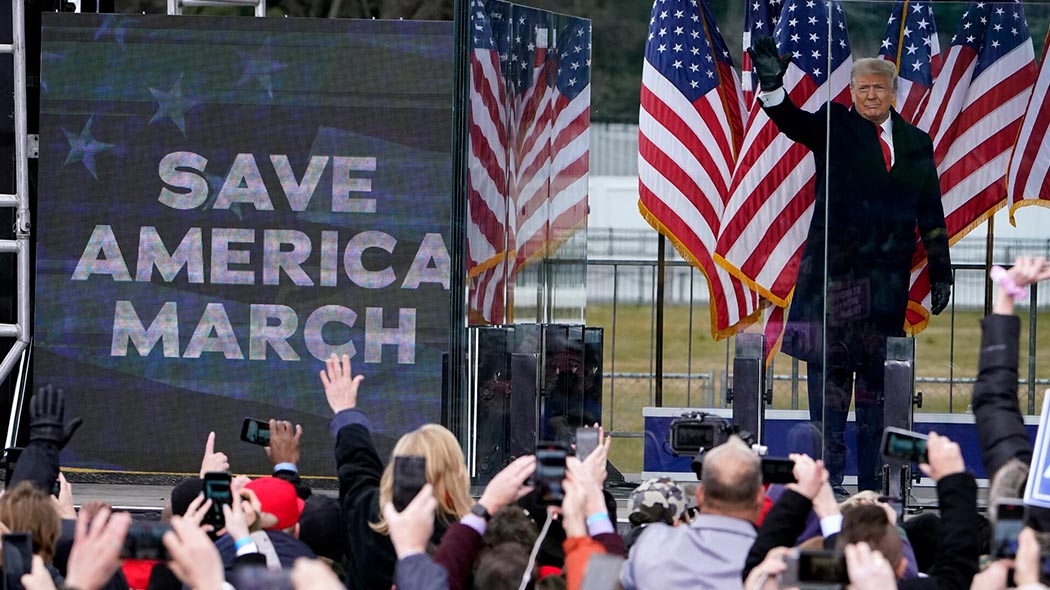 WASHINGTON: The US Senate voted on Tuesday to proceed with the impeachment trial of former president Donald Trump, rejecting defense arguments that it was unconstitutional.

Defense lawyers had argued that Trump should not face a trial in the Senate for inciting insurrection because he was no longer president.But the Senate voted 56-44 to proceed with the trial, with six Republicans joining Democratic lawmakers.

The proceedings will resume at noon ET tomorrow when the House managers and Trump’s defense team have been allotted up to 16 hours over two days to present their cases.

The historic second impeachment trial of Donald Trump opened in the US Senate, with prosecutors vowing to win a conviction based on the “cold, hard facts” of the January storming of the US Capitol. Former President Trump’s lawyers argued against the constitutionality of the impeachment trial.

Kicking off with days of argument on whether Trump incited insurrection on January 6 — the trial charges into unprecedented constitutional territory as the first of a former president.Prosecutors began by playing an extensive montage of video showing Trump urging a crowd of his supporters to “fight like hell” — before the fired-up mob surged towards the Capitol and breached its barriers.

“Our case is based on cold, hard facts. It´s all about the facts,” lead House prosecutor Jamie Raskin told the trial. The Democrats’ 13-minute video concluded with Trump’s deleted tweet on Jan. 6, saying that “these are the things and events that happen when a sacred landslide election victory is so unceremoniously & viciously stripped away.”

“If that’s not an impeachable offense, then there’s no such thing,” Raskin argued. Capitol riot video shows clear impeachable offense, lead House impeachment manager says “It´s our solemn constitutional duty to conduct a fair and honest impeachment trial of the charges against former president Trump — the gravest charges ever brought against a president of the United States in American history,” Democratic Majority leader Chuck Schumer declared as proceedings got underway.