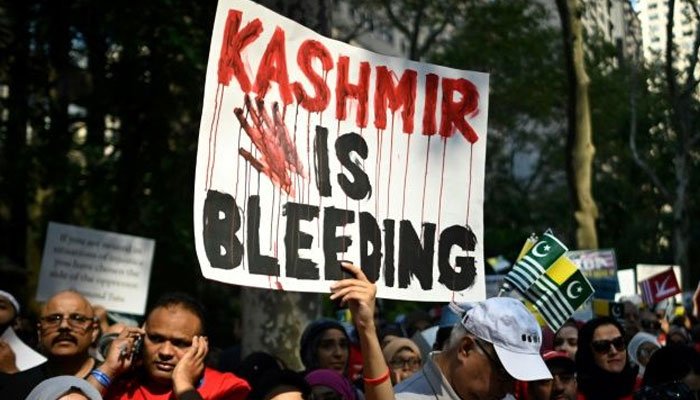 The United States clarified on Thursday that there has been no change in its policy towards occupied Kashmir, after a State Department tweet referred to the disputed territory as “India’s Jammu and Kashmir”.

“Could you comment also on a tweet earlier today that State tweeted out saying that – it refers to India’s Jammu and Kashmir? Now, is this a change in policy? Does State does not recognize this as a disputed territory? Is there some sort of change in position that we need to know? There’s been certain criticism of the phrasing today,” asked a reporter.

“I want to be very clear there has been no change in US policy in the region,” said Price.

The tweet being spoken of was the one in which the US had welcomed the resumption of internet services in occupied Kashmir.