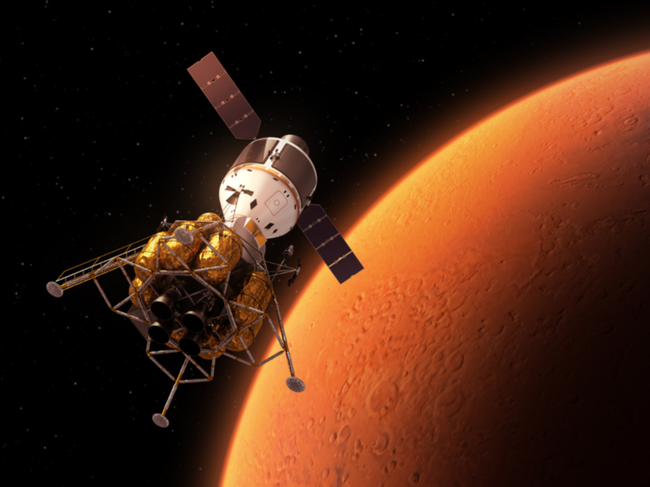 In the video, published by state broadcaster CCTV, the surface of the planet is seen coming into view out of a pitch-black sky against the outside of the Tianwen-1, which entered the orbit of the Red Planet on Wednesday.