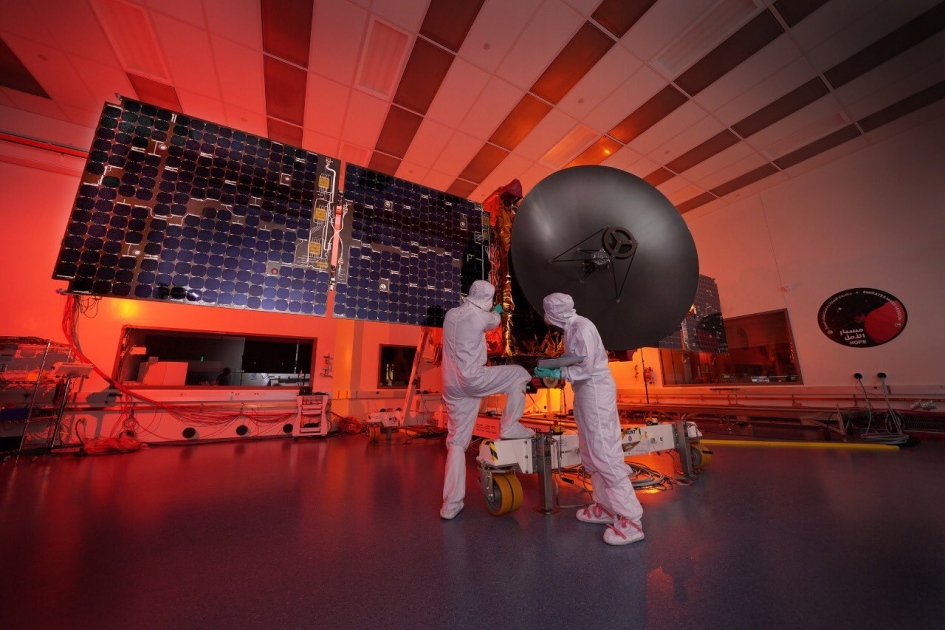 TOKYO: Japan’s Foreign Minister MOTEGI Toshimitsu praised the successful arrival of the UAE’s Hope Probe to Mars and its entry into orbit. Motegi also extended Japan’s congratulations to the UAE for this achievement, and pledged continued strategic bilateral cooperation in space and other fields.

Motegi told a press conference at the ministry on Feb. 12 that this entry was the very first arrival of a probe from the Middle East to Mars, that was carried on the Japan-made Mitsubishi H2A rocket launched from Tanegashima Space Center in Kagoshima Prefecture in July last year.

“In Japan, we are very much happy that we have been able to contribute to that success that reflects the comprehensive strategic partnership between Japan and the UAE. Our bilateral relations and cooperation have been proceeding in various fields including the outer space, and (Hope Probe) is the symbol of that,” Motegi said.

On the day of the probe’s entry to Mars’ orbit, Thomas Zurbuchen, NASA’s science mission chief, also congratulated the UAE on its historic achievement: “Your bold endeavor to explore the Red Planet will inspire many others to reach for the stars. We hope to join you at Mars soon with Perseverance.”

The Hope Probe reached the red planet after a seven-month journey, and succeeded despite a 50% chance of failure, according to the UAE’s Vice President Sheikh Mohammed bin Rashid Al Maktoum.

The Hope Probe will play a momentous role in studying the Martian atmosphere over 685 Earth days and will also offer the first-ever planet-wide, 24×7 picture of Mars’ atmospheric dynamics and weather.