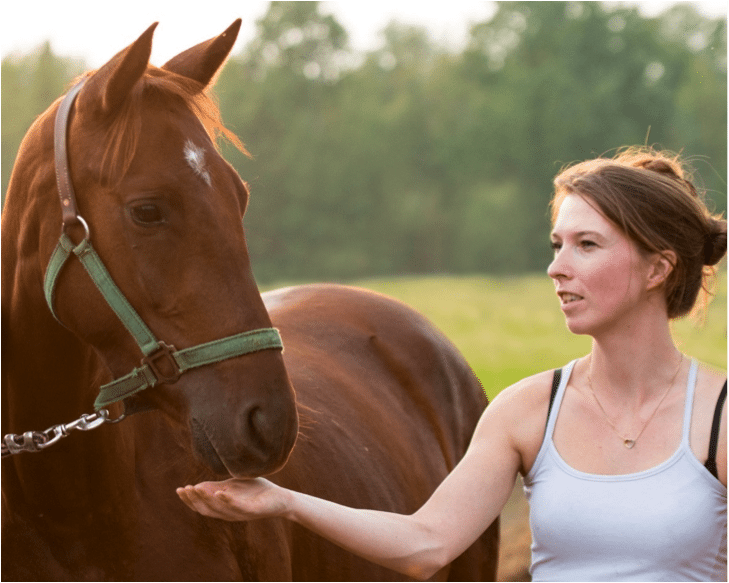 There’s more than one kind of sanctuary available at Kindred Farm Rescue in North Gower, in Ottawa’s rural south end.

The remote farm is a safe space for horses once destined for slaughter. Some were abused or neglected. Others, including a chestnut named Talia, were trotters and pacers culled from the horse-racing world.

“She ended up [marked for] the slaughterhouse six weeks after her last race,” said farm manager Liz Tompkins.

But Kindred Farm Rescue has also become a haven for struggling kids and at-risk youth. They work with Tompkins and commune with four-legged friends, from a large draft horse named Rhea to a pair of miniature ponies, Tuxedo and Waffles.

Tompkins is a certified personal development coach who offers an equine-assisted learning program. Her clients are often referred to her by the Children’s Aid Society. Some have fetal alcohol spectrum disorder, or FASD. Some are on the autism spectrum. Some are living in group homes away from their families.