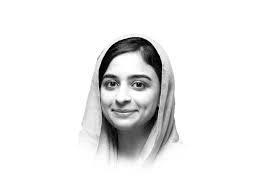 In the first week of February, a mysterious monolith was discovered in the province of Sanliurfa, Turkey. Though it vanished four days later, its cryptic inscription, “Look at the sky, see the moon”, resurfaced on February 10, during President Erdogan’s unveiling of his country’s ambitious 10-year space programme. The sarsen was in fact a publicity tactic to highlight Ankara’s plans of competing with other spacefaring nations. The first goal is to make contact with the moon in 2023 — the year marking 100 years since the founding of the Turkish republic. Other aims include sending Turkish astronauts into space, building a spaceport and developing sophisticated satellite technology.

There is no doubt that President Erdogan has sought to re-establish Turkey as a significant player on the world stage. The Turkish Space Agency (TUA) was founded in December 2018, but the project’s complexity and the country’s economic crisis made it hard to get it off ground. Successful expansion of the TUA will include the country among the few nations capable of space exploration.