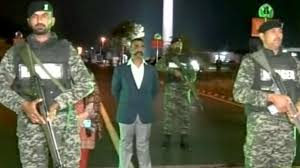 Wing Commander Abhinandan – shot down by Pakistan Air Force (PAF), captured and returned to India after around a day and a half of captivity – said he “sees no reason for us to continue with any kind of hostilities”.

The IAF wing commander’s statement surfaced in newly released footage, in which he also praises the chivalry of the Pakistan Army.

“I find the Pakistani Army a very fine professional force and very chivalrous. I am very impressed by the chivalry which has been displayed by the Pakistan Army.”

The video starts with the IAF officer narrating events after he was forced to bail out, after being shot down by the PAF. “While descending by parachute, I saw both the countries and from my altitude, I did not see any difference between the two countries.”