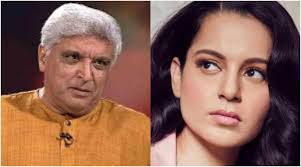 A Mumbai court issued on Monday a bailable warrant against actor Kangana Ranaut after she failed to appear before the court despite being summoned.

The warrant was issued after lyricist Javed Akhtar had filed a complaint against the Tanu Weds Manu star for defaming him on national television. A bailable warrant means that Ranaut can approach a court to get bail before being arrested in the case.