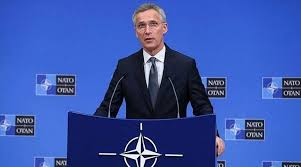 Belgium: Nato Secretary General Jens Stoltenberg warned on Thursday that the European Union cannot defend its citizens alone without the help of the trans-Atlantic alliance.

Some EU leaders have been pushing for their union to develop more “strategic autonomy”, a move which some see as setting up a rivalry between Brussels and Washington. But Stoltenberg, a guest at the College of Europe, said that EU member states that were members of Nato made up only a fifth of the total alliance defence spending that protects European shores.

“A European Union that spends more on defence, invests in new capabilities and reduces the fragmentation of the defence industry, is not only good for European security,” he said. “It is also good for trans-Atlantic security,” he said, appearing with the college’s director, former EU foreign policy chief Federica Mogherini.