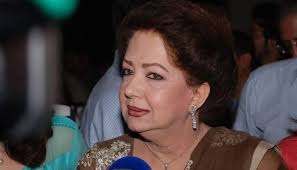 According to the film star’s family, she was shifted to the hospital’s intensive care unit where she is being treated.

It was further revealed that Zeba Begum, widow of late Pakistani superstar Muhammad Ali, has been suffering with cardiac issues.