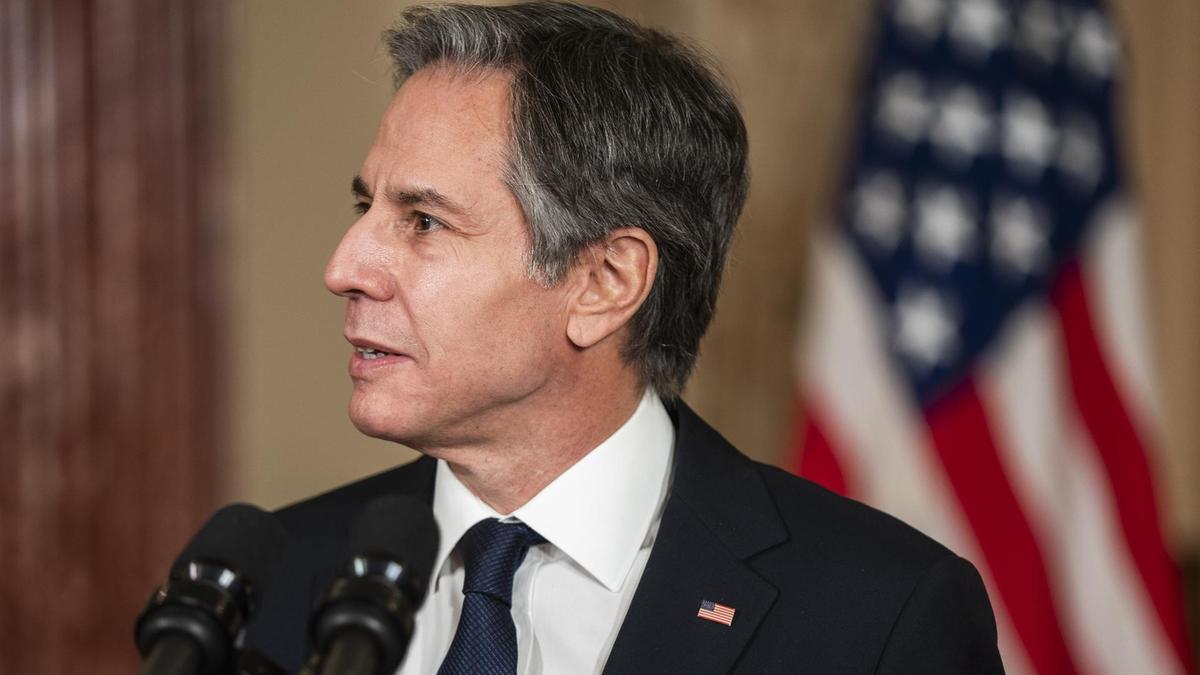 The U.S. Secretary of State Antony Blinken said on Tuesday the United States would continue to work with allies towards the denuclearization of North Korea.

Blinken made the remarks at a bilateral meeting with his

Photo: Japan Asia US U.S. Secretary of State Antony Blinken, left, gestures while speaking to Japanese Foreign Minister Toshimitsu Motegi during a meeting at Iikura guest house in Tokyo Tuesday, March 16, 2021. Defense and foreign ministers from the U.S. and Japan are to discuss their concern over China’s growing influence in the Indo-Pacific region as the Biden administration tries to reaffirm engagement with its key regional allies.