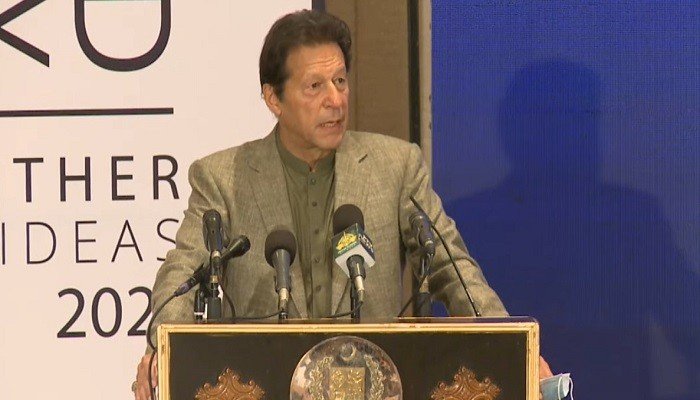 The premier expressed the views at the Islamabad Security Dialogue where he launched the National Security Division’s (NSD) advisory portal connecting over 100 think-tanks and university departments with policy makers.

During his address, the prime minister said that Pakistan needed to have a debate on the concept of national security, adding that it encompassed more than just matters and affairs related to strengthening the country’s security forces.