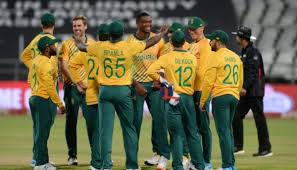 A 22-member squad was announced for the three-match ODI series while 17 players were named for the four T20Is under the leadership of the newly appointed skipper Temba Bavuma.