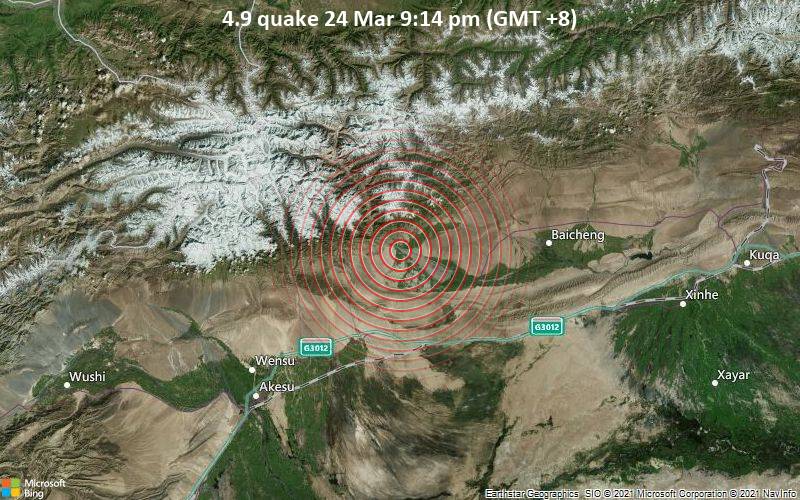 Just 28 minutes ago, a 4.9-magnitude earthquake struck near Aksu, Xinjiang, China. The tremor was recorded in the evening on Wednesday 24 March 2021 at 9:14 pm local time, at a very shallow depth of 1 km below the surface.
The event was filed by the European-Mediterranean Seismological Centre (EMSC), the first seismological agency to report it.
Based on the preliminary seismic data, the quake should not have caused any significant damage, but was probably felt by many people as light vibration in the area of the epicenter.
Weak shaking might have been felt in Aksu (pop. 340,000) located 91 km from the epicenter.
Other towns or cities near the epicenter where the quake might have been felt as very weak shaking include Aykol (pop. 11,300) located 118 km from the epicenter.