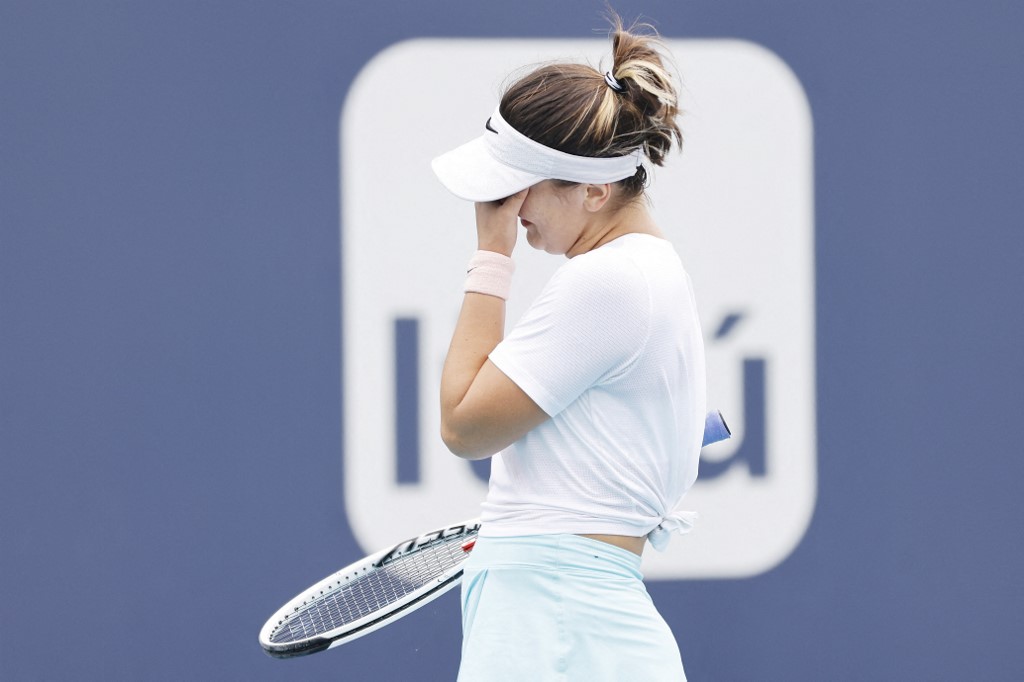 Bianca Andreescu has suffered another injury, ending her best tournament since capturing the U.S. Open title in September 2019.

The Canadian retired with a right ankle injury after falling behind 6-3, 4-0 against top-ranked Ash Barty of Australia in the final of the Miami Open on Saturday.

The eighth-seeded Andreescu, from Mississauga, Ont., tumbled to the court in the third game of the second set and struggled with her movement after the fall. She was wearing tape on the right ankle for the entire final of the WTA 1000 event — one level below a Grand Slam.