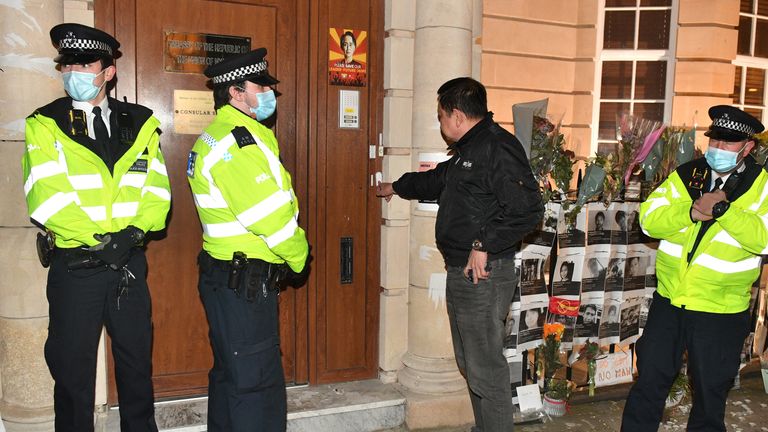 Myanmar’s ambassador to the UK has been locked out of its embassy in central London after speaking out against the military coup in the Southeast Asian country.

Kyaw Zwar Minn was denied entry to the building on Charles Street in Mayfair on Wednesday night.

He claimed there had been a “coup” by the “Myanmar