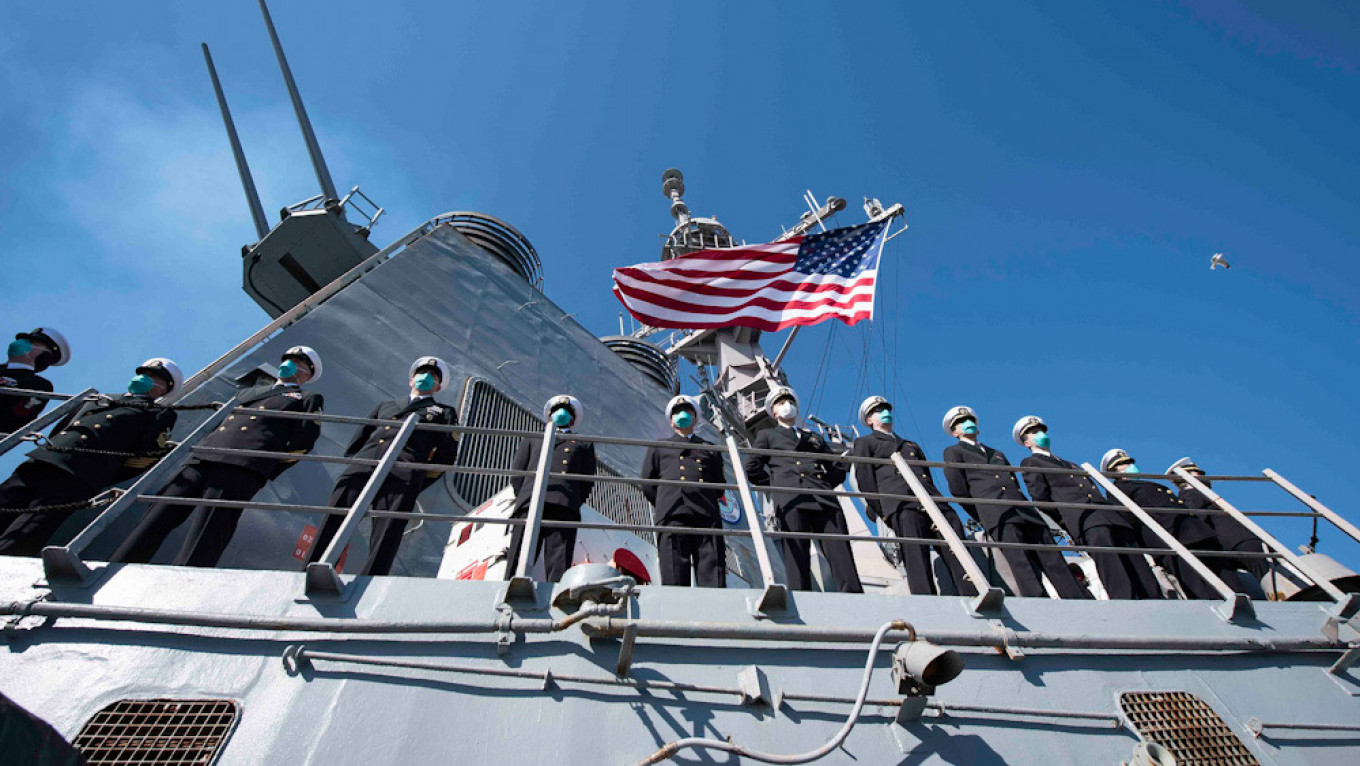 The United States plans to send two warships to the Black Sea in a show of its support for Ukraine amid Russian militarization along its border, Turkey’s foreign ministry was reported as

“than at any time since 2014,”
Photo: The Nimitz-class aircraft carrier USS Theodore Roosevelt steams alongside the Military Sealift Command fleet replenishment oiler USNS John Lenthall during a fueling at sea.