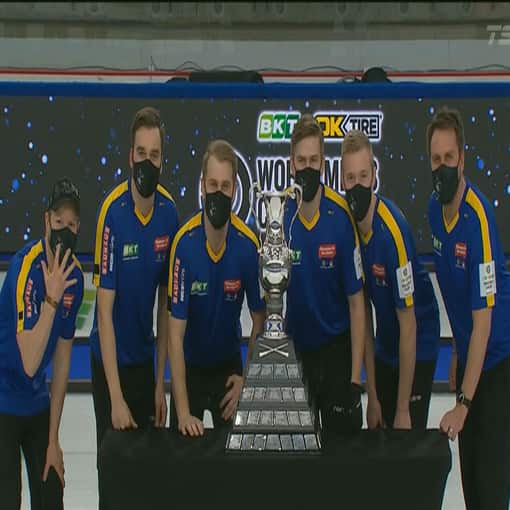 Niklas Edin’s fifth world men’s curling title was memorable not only because of the history the Swede made.

That he and his teammates were able to play in a final Sunday for a third straight crown — another men’s curling record — made achieving both milestones feel even sweeter.