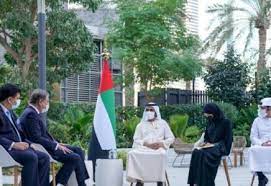 The United Arab Emirates (UAE) has rolled over $2 billion loan it had provided to Pakistan as part of the financial bailout package after the PTI formed the government in August 2018.

The loan was matured in March and the incumbent government was worried that like Saudi Arabia, the UAE might ask Pakistan to return the money.

However, the official statement issued on Tuesday after talks between Foreign Minister Shah Mahmood Qureshi and his UAE counterpart Sheikh Abdullah bin Zayed Al Nahyan confirmed that the $2 billion loan had been rolled over.