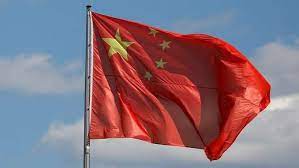 “look in the mirror”
after America’s top diplomat said he would honour those killed in the 1989 Tiananmen crackdown. Beijing urged the United States to “face up to its own serious human rights problems”,