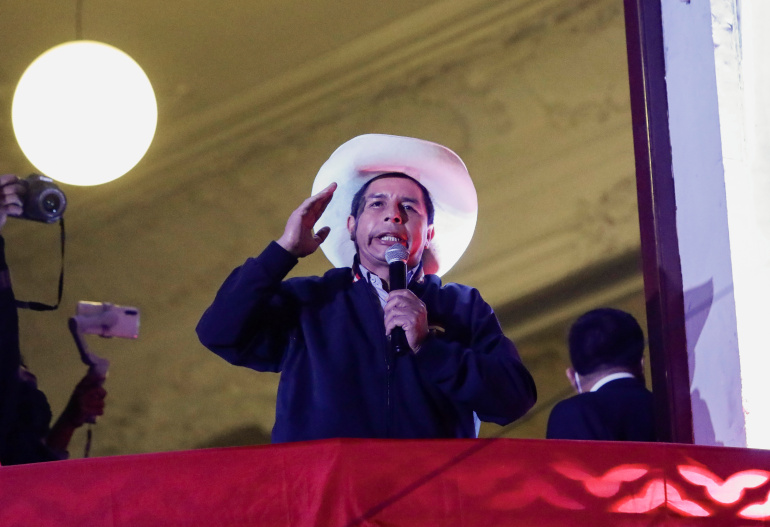 The leader of the socialist party that appears poised to win Peru’s presidential election claimed “victory” on Friday with its candidate Pedro Castillo holding a razor-thin margin over right-wing Keiko Fujimori. With more than 99.5 percent of votes tallied and only a handful of contested ballots to be added, Castillo