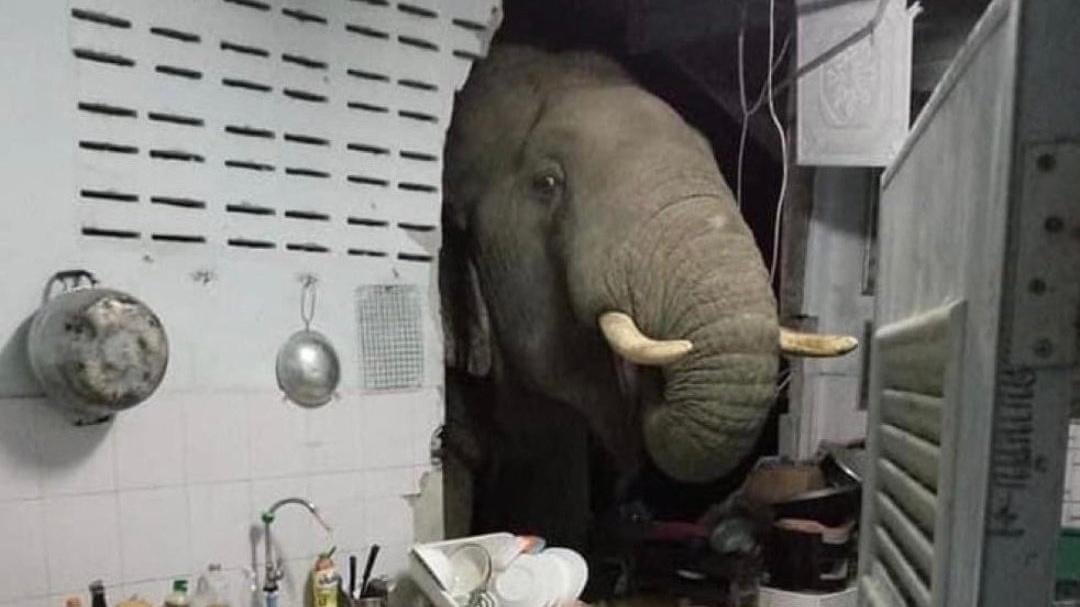 BANGKOK: A video recently went viral on social media in which an elephant could be seen rummaging through the kitchen of a Thai family at night in a bid to steal food.

“It came to cook again,” wrote Kittichai Boodchan sarcastically in a caption to a Facebook video he shot over the weekend of an elephant nosing its way into his kitchen.

Likely driven by the midnight munchies, the massive animal pokes its head into Kittichai’s kitchen in the early hours of Sunday, using its trunk to find food.