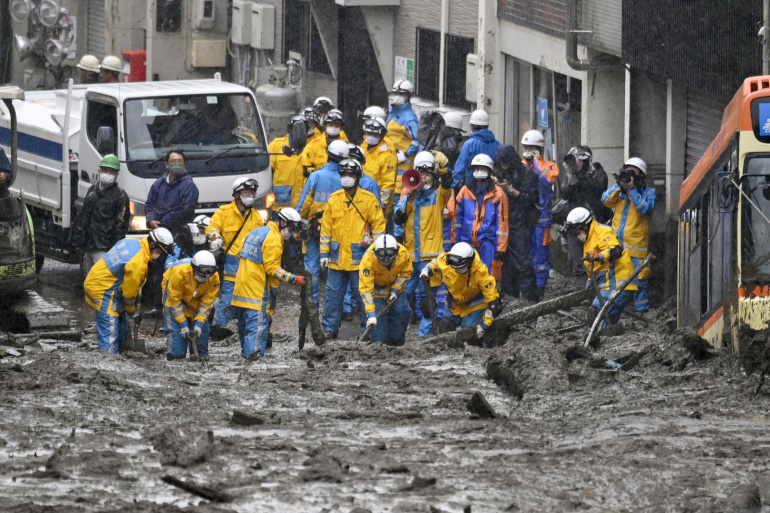 Two people have been confirmed dead after the disaster at the hot-spring resort of Atami in central Japan, with 10 people rescued and around 20 still missing, a local government official said. PUBLISHED ON JUL 04, 2021 06:47 AM IST Rescuers in a Japanese town hit by a deadly landslide climbed

“We resumed rescue operations early in the morning with some 1,000 rescuers, including 140 troops,”